I WENT TO SE THIS EXHIBITION

… and I had a very speciell experience!

This movie specifically describes my experience of Moa Israelsson´s cocoons !

The French Ambassad, beautiful rooms. This day my phone just quite… so I had to ask for photos, sometimes ask for phone camera and use myself… so the photos this day are a collection between friends. The photos are processed by me.

Cric, Ulla and Heidi… thank you :-)… o  much for the collaboration!

My dear friend and colleague Bengt Olson, … has been made a “Chevalier de l’Ordre des Arts et Lettres” a Knight of the Order of Arts and Letters

Bengt on his way towards Stockholm!

at the Résidence de France Stockholm

Lennart Larsson and me… what did we talk about…

After a great reception, we said farewell to an overwhelmed Bengt

and went for late dinner at Miss Voon!

a dish that Jonas competed with in the next program the week thereafter, and won!

… so nice to meet you Maud and such a tasty, superb dinner Heidi… a great evening!

Sunday…  and I am listen spellbound to Sting!

Find the inner room where the noise does not reach!

Unfortunately it is so easy to forgett the inner room…but that is so urgent to be in touch with it …  it should be the main goal!

…so it should be the first spot on the list of must-DO!

It is so cool that old theories is becomming a part of everyday use!

That is future in light!

… yesterday I did another trip to Torpa!

in the stone castle. This house carry a lot of stories in the walls!

Part of my family have bee living in a little village cloose by, and still is, that is wy Torpa

Stenhus has a very speciall place in my heart… as it has for most of the people around.

It is located in a fantastic, increadeble envirement… so beautiful that it hurts!

Couple of years ago, specially one very hot summer I went to Hovsnäs,

a place in connection to Torpa, almost every day… rent a rowboat for the day, brought paint

stoff and a picknick… it was totaly amazing wonderfull day´s, just as the photo above!

Sometimes there are a lot of people around here, but sometimes, if you pic a non holyday

period, you can be as lucky as me at that time… for many days I had this increadble

lake nearly by myself.

Unique for Torpa Stenhus is that it is in unimpaired ownership!

Current owner family Zethelius are the direct descendants related to

Arvid Knutsson who built the stone house in the 1400s. The house has

wandered  by turns on the male and female line of the family, hence the

relationship with Leijon Main & Capricorn. It is also the only

private “castle” in Sweden, passed in the same family since

the construction of the Middle Ages.

King of Sweden Gustav Vasa… who had some ”doings” at the castle!

A newly opened bookstore in Järna has been named, by the owners,

only writer in Sweden who has achieved such a wonderful, creditable and flattering

honour! She is so worth it… in spite of the fact that she has really had some

ruff experiences in life, she has still managed to keep light and love as her prime motors!

the two of them where a greate team!

By the way… my Aunt has unicorns grazing in her garden!

webb/article obout the store (in swedish)

who is one of a few well known Swedish country singers, had a

suupercool meeting a couple of years ago, when  ”The Boss” had

it´s absolutely crowded in the city… as Gothenburg totaly loves him!

… so Angelina became ”the one chosen”

This evening kl 20.00…  Angelina sings with  her bluegrass-band

… and next weekend Malmö, Sweden 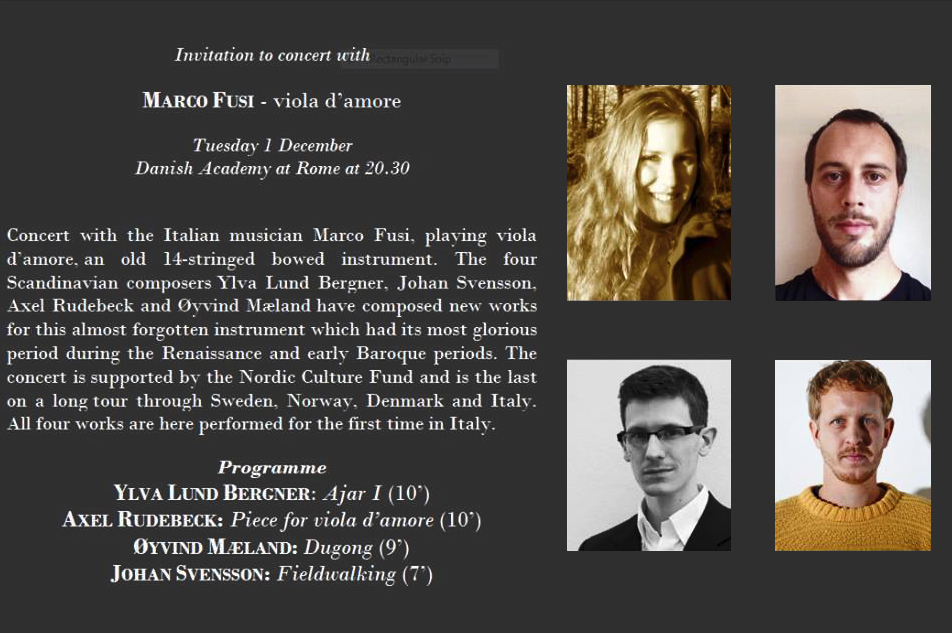 audience, to take note of these four composers’ , very minimalistic 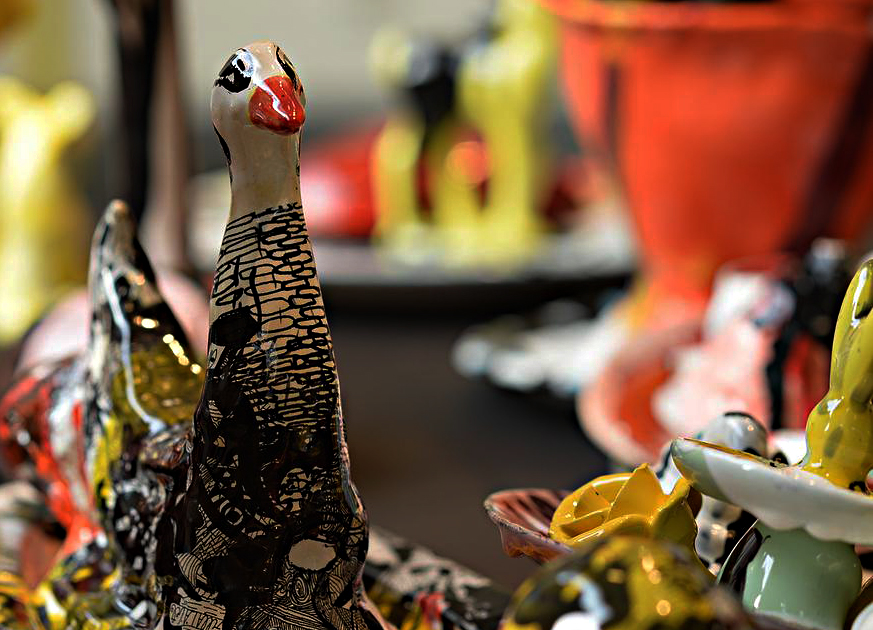 Christina, a friend of mine

… makes this wonderfull art ”things”… something the tables,

it… to be reminded of playfull energetically vibes! 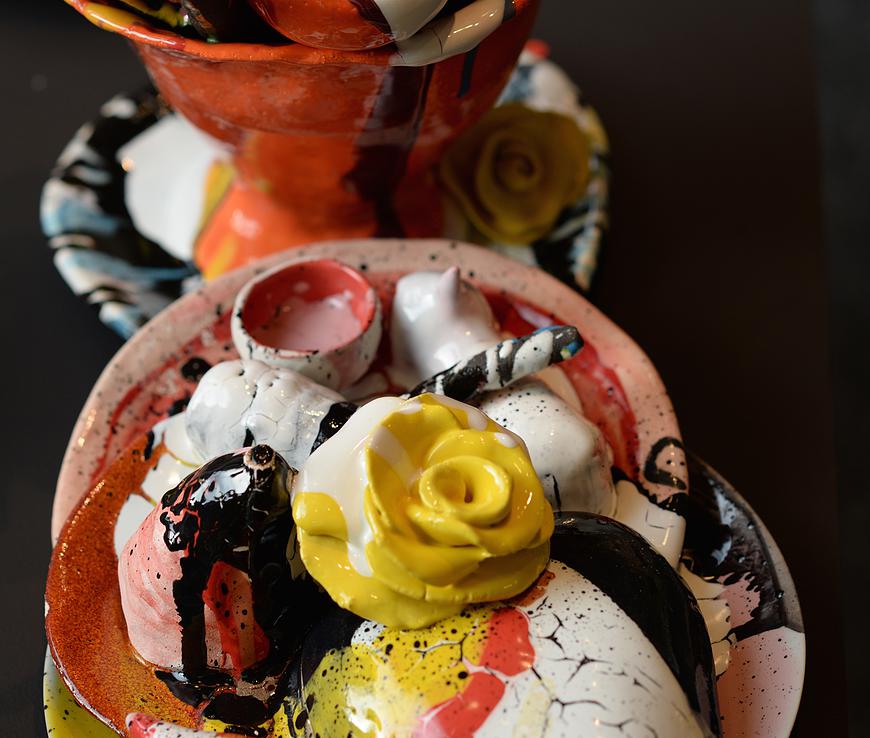 Blesse her for using her energi and time well! 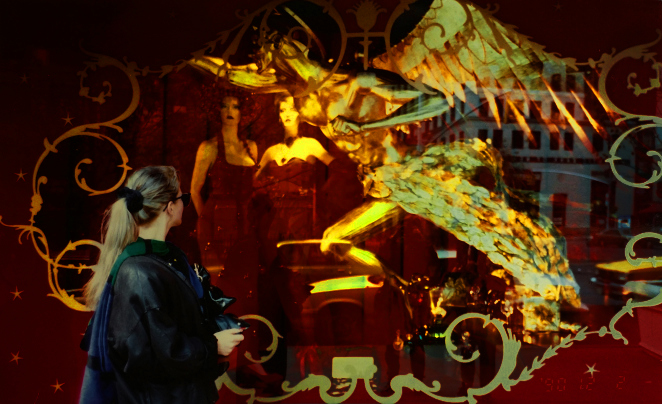 … I remember because I recently got in contact with the 1990s again!

In December 1990, I went to the USA, with the aim to connect with the art world!

I travelled to New York with a group of people connected to Björn Wetterling.

We visited the studios of some celebreties in the art world as, such as  La Noue, Terence,

Robert Rauschenberg, Frank Stella and James Rosenqvist and some others,

… our meeting with James Roseqvist!

Rosenqvist showing his work and at the same time kindly taking care of us in his studio.

on shaping the canvas

… our meeting with Frank Stella!

Humble Mr Frank Stella telling us about his work and showing us his studio!

Rauchenberg´s Studio was the coolest studio I have ever seen… an entire building,

with several floors, studios and living spaces… all very nicly put together.

This goat of Rauchenberg ”lives” among us here in Sweden,

at Moderna Museet in Stockholm, and the goat has made

a deep, deep impression on me of a kind that I can´t grasp!

churchlike room… so beautiful and such sacred atmosphere.  All of his space did inspire

the mind to different activities… what a creative way to live!

We were invited to a coctail party at Terence´s the

studio before the evening´s visit to the restaurant .

… it had an effect on me… wonder if such company is healthy?

… mostly with two sizes as shown in the photo above. Later, in December, I had a

pleasant break from this work, switching to an interior decorating project where I

was hired to design and create/renew the image of a classic old café in Gothenburg.

The same type of ”Picture Letter” as the group I brougth

to LA were my inspiration for the entire interior project!

I left New York very early in the morning, alone… and extremly nervous, as the taxi driver

who showed up with a wild appearans, chose a way through the very dark park ,

driving like a mad man, mumbling strange words… and an no identifing photo in the

without a photo ID! I arrived in L A not knowing anyone

at all… but with clear focus, my trip was planned!

big  party at Karen and Tony Barones Studio in Venice, in some way related to L A Art fair.

and… my meeting with Extraordinaire Joel Kessler

tearing up the night in France. My God … and the only way to beat the darkness

is to create light… how, indeed to do that? 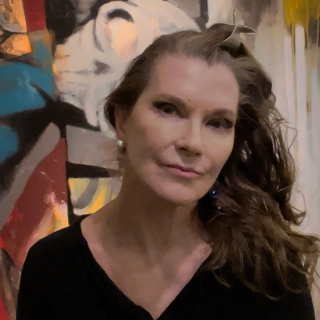